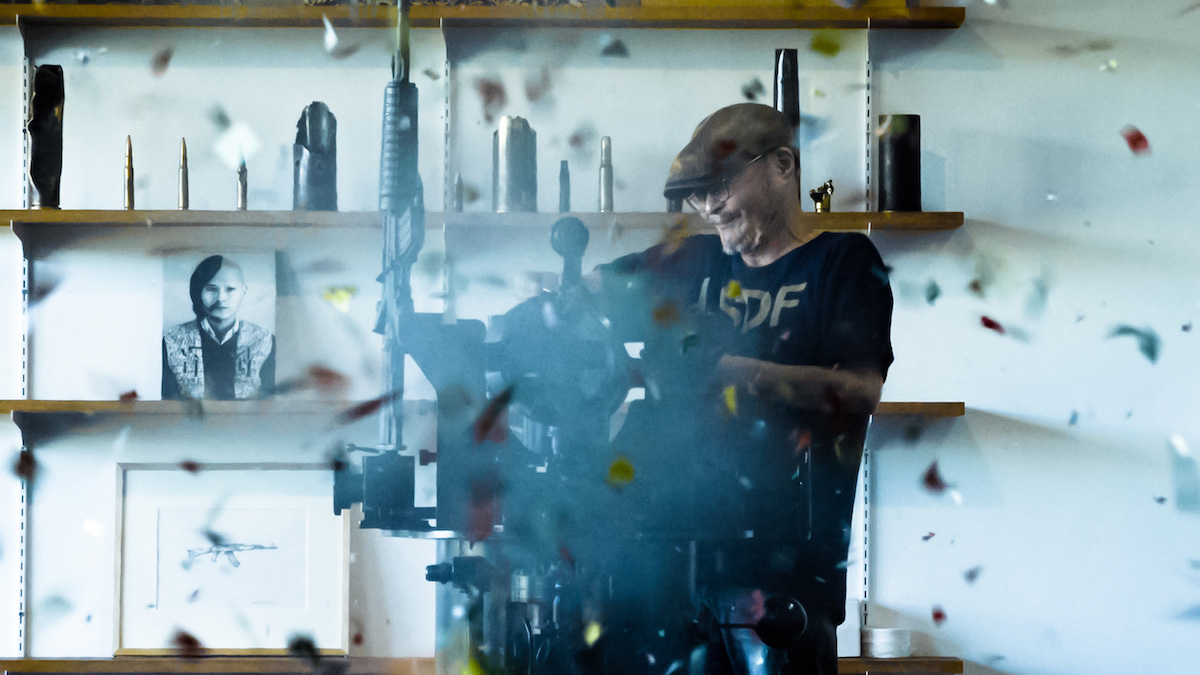 Chu Enoki was born in Zentsuji, Kagawa in 1944. He started to work mainly in the Kansai area from the late 60’s. After working as a member of an Avant-garde group Japan Kobe Zero from 1970 to 1976, Enoki started to organize exhibitions all on his own. He even sought out a site for his show in city centers. Enoki has developed his own world by various projects from unconventional performances to artworks using guns and a cannon and others bringing new life to metal waste. Enoki resides and works in Kobe. The sites he chooses for his artistic activities are sometimes beyond limited spaces of museums and galleries.

In the late 1970s, Enoki began to create installational work of small-scale canon, which later led him to inaugurate series of sculptural art pieces based on the concept of “weapon”. The exhibition at ART BASE presents two artworks of assault rifle replicas, one is modeled after “AR-15”, manufactured in the U.S, and another is after “AK-47”, developed by the former Soviet Union. Steel-made artillery titled “Liberty” is also shown at the exhibition. The intention of Enoki's practice is to expose the absurdity in human desire when drawn to weapons originally designed for mass murder. 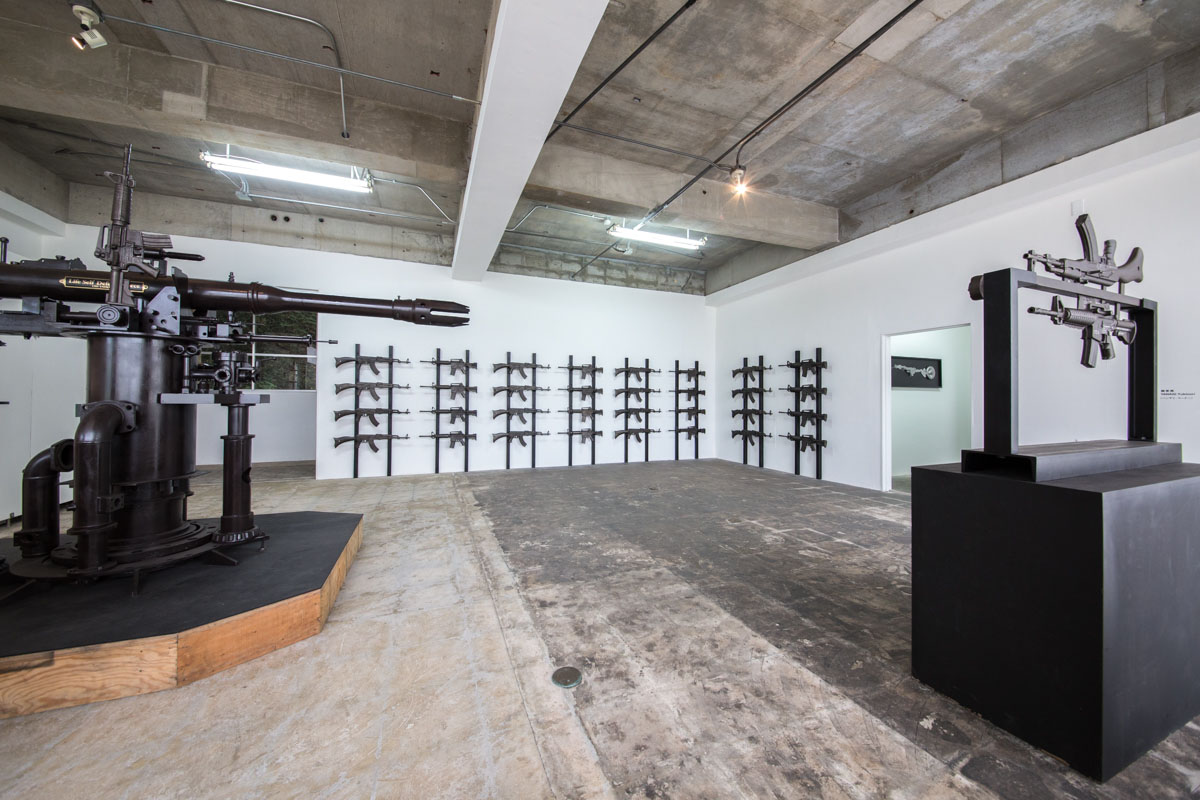 ENOKI Chu "LSDF" From 2018 "CROSSROAD 3: Man! Fight and Secure a Place to Live" exhibition. *This work is no longer on view. 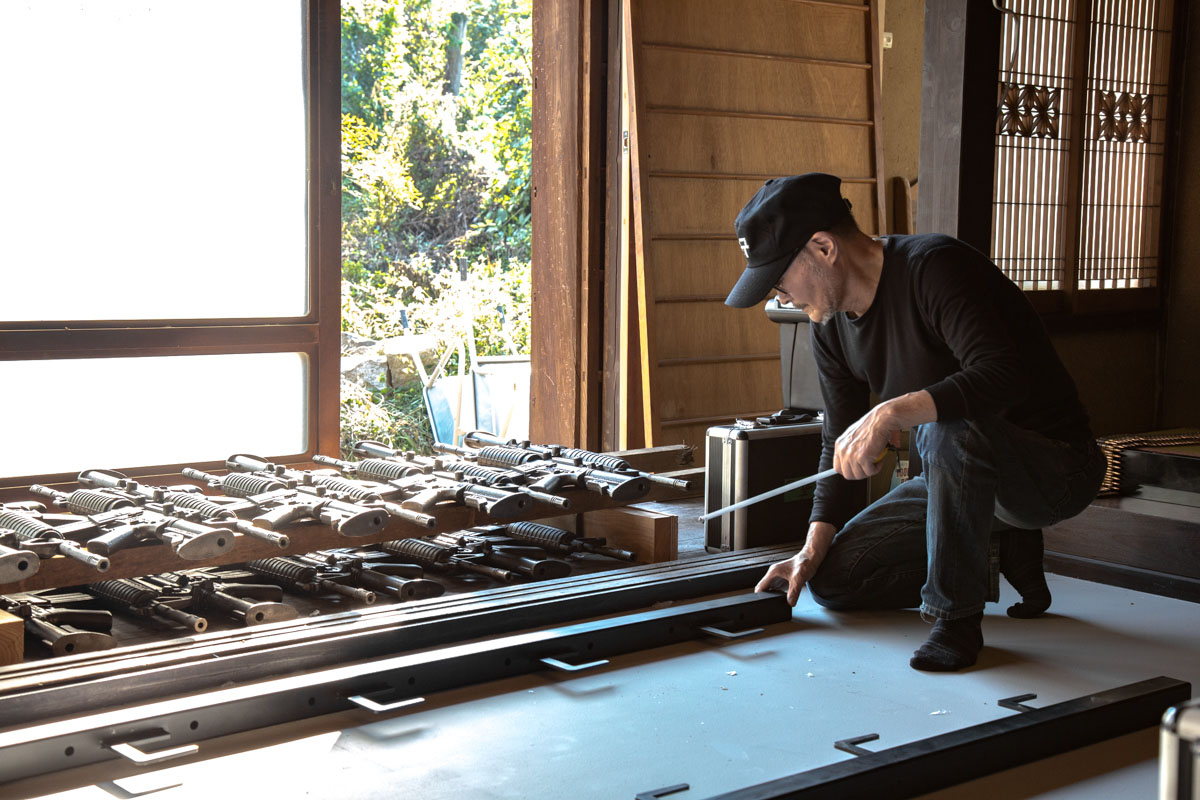